Blackbeard's Island is a graphic adventure game for the TRS-80 CoCo. The year is 1608, and the place the West Indies. Captain Edward Teach (alias Blackbeard) has raided an English vessel, and has made a grand gain. Teach, wary of the British navy, sets sail into the southern Pacific where he buries the treasure on a forgotten isle. You are treasure hunter, and all-around beach bum, Tom Wentworth. During a drunken voyage, you've fallen off your father's yacht and washed ashore. The island is a virtual paradise, except for the fact that the island's volcano is going to erupt. You must escape the island and find Blackbeard's treasure. The player must contest with thirst, underground tunnels, as they explore an uninhabited island. All commands are via VERB NOUN commands, and there is a save and restore feature. There is a help feature available. 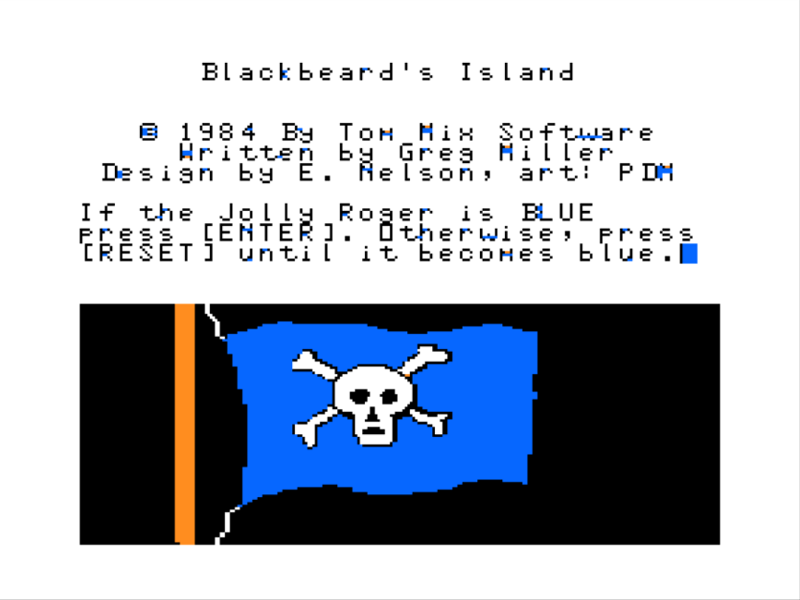